UNA-EB has gone to considerable effort to ensure our claims for carbon capture are scientifically sound (click here for scientific evidence).

2020 planting has continued in districts well served with trees since 2006 (eg.Bulambuli, Sironko and Mbale) and since 2016 have been added Pallisa, Bukedea and Kumi  and, in 2020 Ngora and Serere districts.

Uganda has two rainy seasons – generally in April/May and August/September. Unfortunately, due to climate change the seasons are now not a reliable as before and show a creep to being later than expected and longer in duration but with increased variability.
Trees planted in May-Aug 2020
Total 13,800 to capture some 197,000 tonnes CO2 on maturity.
Including Mvule’s inorganic carbon – a remarkable long-term carbon store.

Delivered to
​105 farmers, 2 Primary Schools, 1 Church, 1 Prison, 1 College.
The Mvule trees delivered in 2020 were substantially larger than normal ie. 60cm+ rather than the usual 30-50cm. Where possible we will try to maintain the purchase of larger seedlings to ensure their greater survival rate. Currently our planting costs allow for a 20% mortality rate, although our mortality rates are significantly lower.

Uganda has two rainy seasons – generally in April-May and August-September. With climate change the seasons are not so reliable as before and show a creep to being later than expected, longer in duration and, with increased variability. See Section F of our Scientific data.

​For 2021 we look forward to planting many more trees starting with the first rains expected in late March or early April. We will also be planting larger Mvule saplings which proved successful in 2020. Your continuing support is much appreciated.

RATES OF CARBON CAPTURE FOR THE MVULE PROJECT.

Our partnership with METGE
In 2019 our branch signed a Memorandum of Understanding (MOU) with the Mount Elgon Tree Growing Enterprise (METGE). This partnership has given both organisations increased capacity to plant trees to capture atmospheric carbon and support agroforestry. METGE is primarily engaged in implementing the Government of Wales and the Size of Wales programme to plant 25 million trees in eastern Uganda. Our MOU with METGE allows our funds to be used primarily to plant the Mvule tree for its outstanding ability to capture CO2 given the UNA Eastbourne’s focus of climate change mitigation. 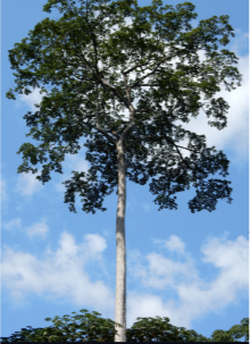 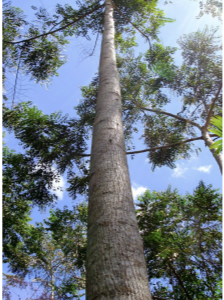 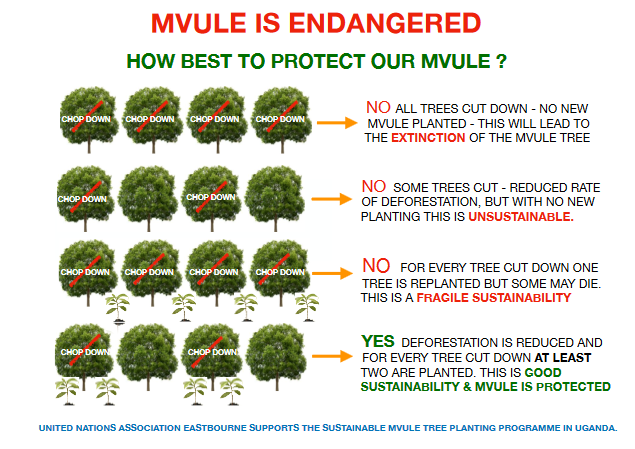 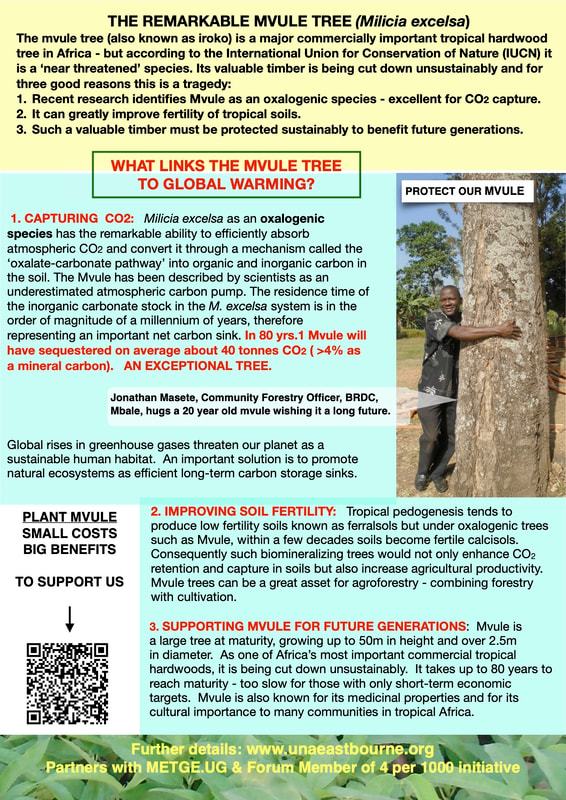 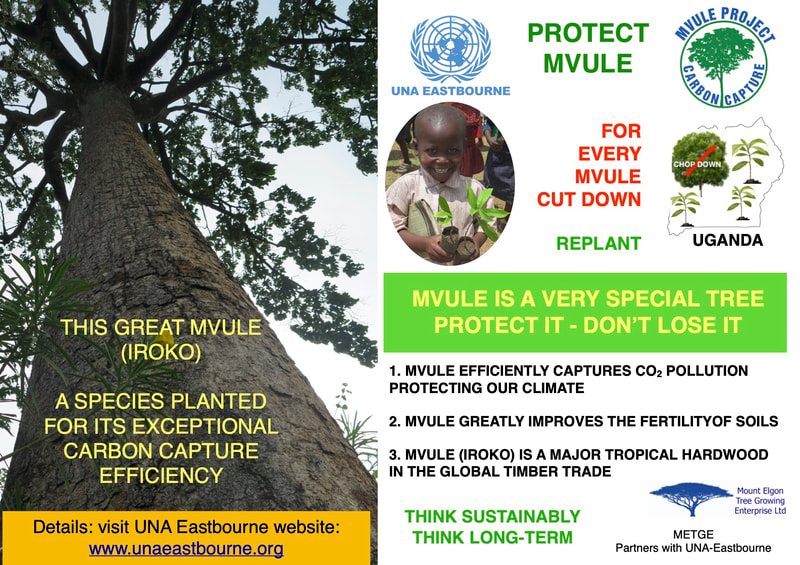